For Mac OS users, there is a system setting that may not allow you to tab onto several types of elements in a web page. To change this setting:

Select the Shortcuts tab. Make sure the box for "Use keyboard navigation to move focus between controls" is checked.

Select the Advanced tab. Make sure the box for "Press Tab to highlight each item on a webpage" is checked.

Switch To A Different Campus 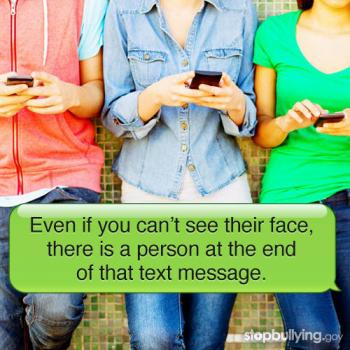 If you or someone you know has been the victim of harassment, cyberbullying, discrimination, dating violence or any other kind of bullying, please say something. Report the incident to your principal, assistant principal, counselor, school resource officer or other trusted adult.

Groesbeck ISD believes that a safe and civil environment is necessary for students to learn and achieve high academic standards. We realize having a safe and welcoming school climate is a prerequisite to learning. Bullying, harassment and other aggressive behaviors is conduct that disrupts both a student’s ability to learn and a schools ability to educate its students in a safe environment. Demonstration of appropriate behavior, treating others with civility and respect, and refusing to tolerate bullying or harassment is expected by staff and students alike. It’s our goal to produce an environment where all students feel safe and are confident in achieving success in school.

There are different types of bullying, below are some of the ways that bullying could happen:

Verbal bullying includes name calling, insults, teasing, intimidation, homophobic or racist remarks, or verbal abuse. While verbal bullying can start off harmless, it can escalate to levels which start affecting the individual target. Keep reading in this section for techniques to deal with verbal bullying.

Social bullying, sometimes referred to as covert bullying, is often harder to recognize and can be carried out behind the bullied person's back. It is designed to harm someone's social reputation and/or cause humiliation. Social bullying includes:

Cyberbullying can be overt or covert bullying behaviors using digital technologies, including hardware such as computers and smartphones, and software such as social media, instant messaging, texts, websites and other online platforms.

Dating Violence can include:

Sexual Harassment
Sexual harassment of students is conduct that is so severe, pervasive, and objectively offensive that it can be said to deprive the target of access to the educational opportunities or benefits provided by the school. Sexual harassment does not include simple acts of teasing and name-calling among school children; however, even when the comments target differences in gender.

Hazing
Any intentional, knowing, or reckless act occurring on or off the campus of an educational institution directed against a student, by one person alone or acting with others, that endangers the mental or physical health or the safety of a student for the purpose of pledging, being initiated into, affiliating with, holding office in, or maintaining membership in any organization whose members are or include other students.

When does bullying become harassment

There are two ways bullying can become harassment:

Harassing behaviors may include:

The district prohibits bullying on school property, at school-sponsored or school-related activities, or in any vehicle operated by the district.  The District also prohibits cyberbullying even if it occurs off of school property and outside of the school day (see David’s Law).

Bullying may be verbal or written expression or expression through electronic means, or physical conduct.  Bullying is not tolerated by the district and any student or parent of a student who believes that the student or another student has experienced bullying or that a student has engaged in bullying is encouraged to immediately report the incident.  Retaliation against anyone involved in the complaint process is a violation of district policy and is prohibited.

More information about the district’s bullying policy can be found at http://pol.tasb.org/Policy/Code/821?filter=FFI  or the campus administration office.

To report a bullying incident to Groesbeck ISD personnel, click on the REPORT a BULLYING INCIDENT link below.  You may submit this report anonymously; however, if you provide contact information, it will greatly assist in the investigation of the reported incident. 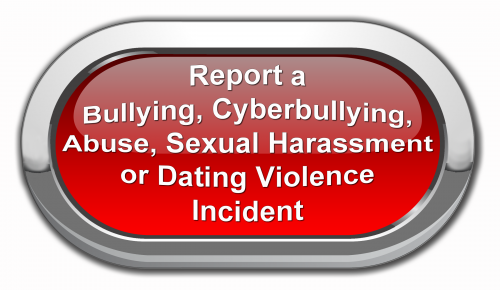